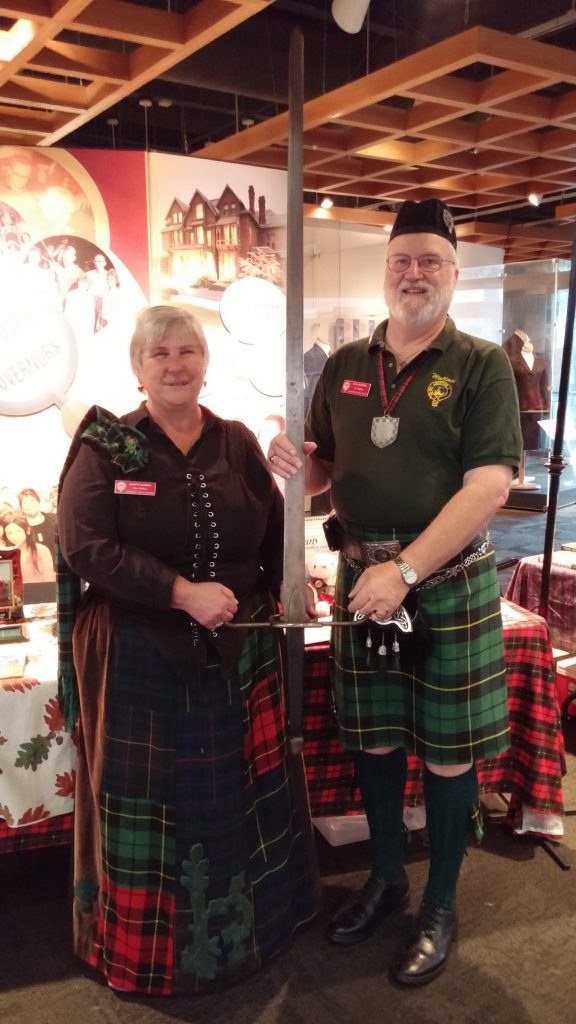 The Inaugural Tartan Day North Carolina celebration was held on April 6, 2017 at the Raleigh Museum of History. North Carolina has a rich history of Scots relocating to the new world. During troubled times, many Highlanders relocated to the Cape Fear River Valley and from the Lowlands, Ulster Scots settled throughout the Piedmont and Southern Appalachians.

Clan Wallace and Clan Donald were invited to the Museum of History to help educated folks on how important Tartan Day is in North Carolina. Along with the two clans where Wake District Pipe and Drum, weaving demonstration, and sword dancing. Dr. Bruce Durie, spoke on finding your Scottish roots.

Russ and Marcia Harper set up a display of things that related to Scotland and North Carolina. Packets were created to hand out to teachers to help their students better understand what it is to be Scottish and how it relates to North Carolina. It was estimated that 600 home school children visited us for Tartan Day.