For more than half a century, the Clan Wallace Society has supported projects throughout the world.

From historical projects like the Wallace Monument in Elderslie and the Wallace Well, to the promotions of William Wallace through the reprinting of The Wallace Book and the translation of the Maitland Club Papers, to the preservation of the environment with Trees4Scotland and protection of the Wallace Yew, the Clan Wallace Society is involved!!! 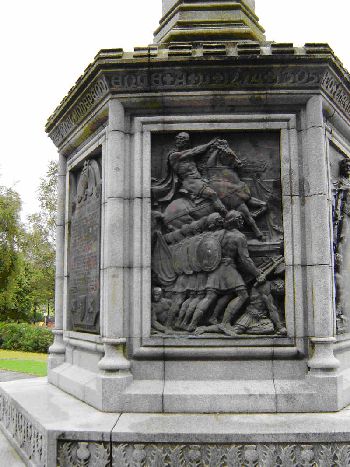 The Clan Wallace Society’s participation in these projects is a result of our members and donations from all of the Wallace “family”. Without these donations, the Wallace Yew Tree may have perished, the Wallace Well may have been demolished by developers, and the Memorial to Scottish Immigrants may not exist. Please join us in preserving Scottish heritage and the memory of Scotland’s greatest hero, Sir William Wallace.

The Chronology of Projects

Detail about the projects are available from the listing on the right.