The tartan first appears in the fifth century with the arrival of the Scoti tribe from Ireland. The check pattern used by the Scoti was very basic and evolved over time. The very word tartan is probably a derivation of the French word “tartaine”, meaning checked cloth.

The different weaves became associated with specific clans throughout Scotland, primarily in the Highland and Island regions. Variation of patterns continued until the seventeenth century when the patterns became standardized, known as setts.

The Wallace Tartan, based on the red and black checkered Rob Roy Tartan, is one of the most widely seen patterns today. It originated in the early 1820’s when Wilson’s of Bannockburn, the foremost tartan manufacturer of the era, first began to attribute setts to specific families. 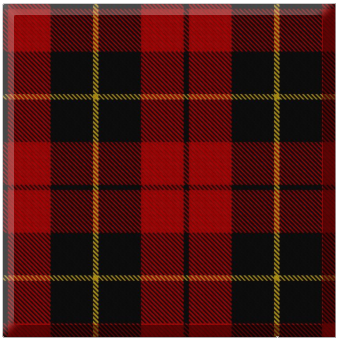 Wallace
“Red Modern”
This tartan pattern dates back to 1842. It also comes in the Ancient (where the red is a dark orange and the black is dark brown) and the Weathered where the colors are muted.
This is the tartan that 3M uses on their “Scotch®” brand packaging tape. 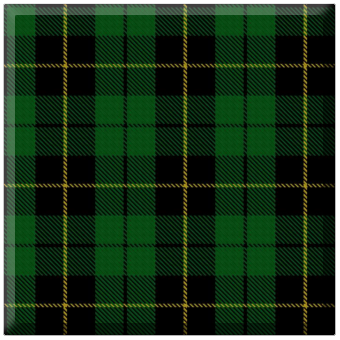 Wallace
“Hunting Modern”
Dated 1980. It also comes in the Ancient & Weathered.
You may also recognize this tartan as it is used on the 3M “Scotch Magic® Mending” packaging tape.
This is the tartan that both the Chief Ian and the Acting Chief Andrew wear. 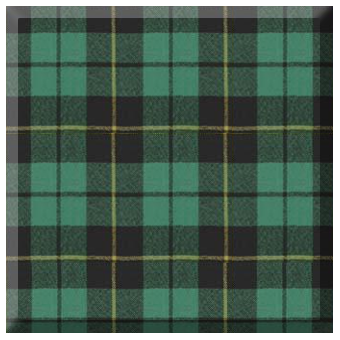 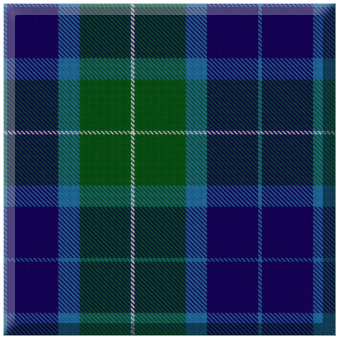 Wallace
Blue
Dated pre-1985. This tartan is not often seen. The previous Chief, the late Lt. Col. Malcolm Wallace of that Ilk, said when asked about the Wallace Blue, “it is a very nice tartan, but it’s not Wallace”. Malcolm only recognized the Red Wallace and under duress, the Green. 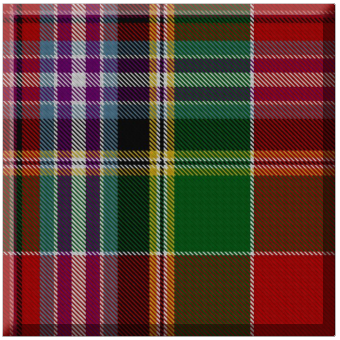 Dundee
Wallace
Dated 1891. This is known as a district tartan and therefore not recognized by the Chief of the Clan. It is unlike any of the other variations of the more common Wallace setts. The “Wallace of Dundee” is referred to in Charles B. Wallace’s book, “The Clan Wallace” on page 35. 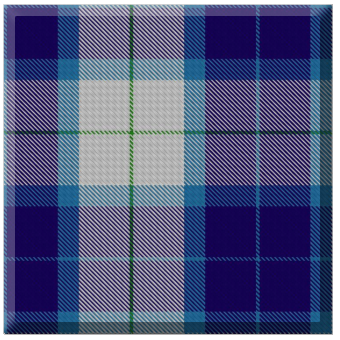 Wallace
Blue Dress
This tartan is used by many of the Highland Dancers. There is also a purple varity that the Highland dancers wear.
Notice that it has a White background. “Dress” tartans usually have a White background and were used for Evening or Formal wear as they are lighter/brighter and more easily seen in the low light of evening. 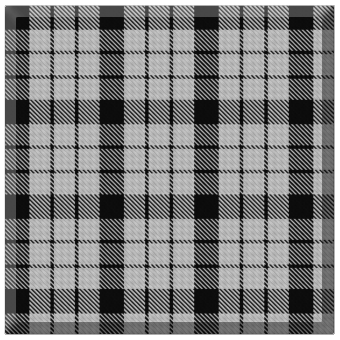 Wallace
Dress
Dated 1842. This was the Wallace tartan used for formal evening wear and is also known as the B&W MacFarlane.
Only found on the Scottish Tartans Authority web site.