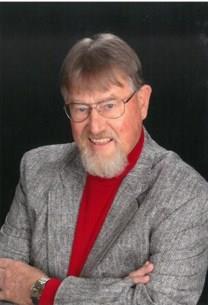 Ben passed away on 18 June 2017 at the age of 76. He was born 20 March 1941 in Talladega, Alabama to Benjamin Franklin and Rachel Lucille (Hurst) Howard. He attended the Talladega City school system, graduating from Talladega High School in 1959. Ben attended Auburn University, Alabama for two years prior to enlisting in the Air Force. He had two AA degrees in Aircraft Maintenance and Instructor of Technology. He graduated from Park College in Parkville, Missouri with a Bachelor’s Degree in Management and Human Resources in 1984. He graduated from Golden Gate University San Francisco, California in 1987 with a Master’s Degree in Public Administration and Human Resources.

He enlisted in the United States Air Force on 12 July 1961, serving on Air Force bases from Kansas to New York, New Hampshire, California, and Arizona. Additionally, he served overseas in the Philippine Islands, Guam, Okinawa, Vietnam, Laos, Cambodia, Korea, Thailand, and Indonesia. He arrived at Williams Air Force Base(AFB) in 1971. He would always say that when he drove through the main gate, he was “home”. There was a special vibe at “Willie” and he enjoyed his 11 years there very much. Beginning as a reciprocating engine mechanic, he later cross-trained into jet engines, became a Quality Control Inspector and spent the last four years of his career as a Field Training Master Instructor, retiring from active duty at Williams Air Force Base in August, 1981 as a Master Sergeant.

As a civilian, Ben worked for Garrett Turbine Engine Company for one year and from there returned as a Civil Service employee to Williams (AFB) in 1982. Upon Williams AFB closing in August, 1992, Ben transferred to Luke AFB, Arizona where he retired as Chief of Resources, GS-12, for the 56th Civil Engineering Squadron in March, 2007. He worked for the Department of the Air Force for over 44 years. Ben loved all things Scottish and loved aviation and military history. He was a lifetime member of Clan Wallace International through his great-grandmother, Bertha Wallace Howard. He was a lifetime member of the Scottish American Military Society (SAMS), and for three years, served as Commander of the SAMS Color Guard. He was affectionately known as “Bubba”.

Ben was a devoted family man. He enjoyed being with his children and grandchildren whenever possible and when not, would make sure to phone them frequently. He loved to read and enjoyed travelling. But when a trip was over, he loved coming home. He always had a big smile on his face with a joke or story just waiting to be told. Ben was preceded in death by his parents, a sister, Donna Kay Howard, and stepson, Steven Andrew Murray. He is survived by the love of his life, Mary Kathryn Murray, daughters, Lisa Dianne Herren (Mitch) of Wichita, Kansas, Lori Lynn Miller (Craig) of Lawrence, Kansas, son, Scott G. Howard (Rachel) of Queen Creek, Arizona, daughter, Elizabeth Sheldon (Joseph) of Lincoln, Kansas, stepson, David Ryan Murray of Mesa, Arizona, 13 grandchildren, one great-grandchild and another great-grandchild due in October.

He was truly blessed. We love and miss you. God bless and keep you in his care. Forever loved. Never forgotten.