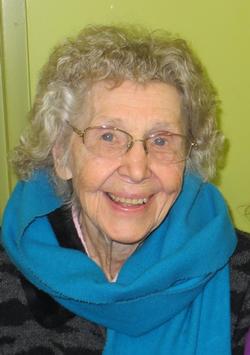 Anne Marie was born July 25, 1931 in Gillespie County, to Max Christian Lindig and Frieda Meier Lindig. She married Joe Perry Wallace November 23, 1957, in Fredericksburg. She was preceded in death by her parents, her husband and siblings: Else Preas, Ernst Lindig, Emilie Hansen and Theo Lindig.

She received a Bachelor of Science on May 25, 1953, and later in life went back to school to receive her Master of Art Education at East Texas State University on August 13, 1976.  During her career as a school teacher, she taught in five different school districts, Waco ISD, Fredericksburg ISD, Howe ISD, West ISD and Killeen ISD, where she received many awards for her excellence in teaching. After retiring from teaching, she was a co-owner of the Kwik Kopy shop in Temple, Texas.  She spent her life volunteering and serving others, including being an elder at First Presbyterian Church in Sherman, Texas, being a co-founder and lifetime achievement recipient of the Clan Wallace Society, and serving on the board of the Central Texas Area.
Graveside services for Ann Marie Wallace will be 10 a.m., Saturday, January 7th, in the Lindig Cemetery. Funeral services will follow at 11:30 a.m., in Trinity Lutheran Church, with Rev. Percy Smerek officiating.
Memorial contributions may be made to the charity of one’s choice.
Online condolences may be left at www.fredericksburg-funerals.com