The Sarasota Highland Games (FL) was held on January 27, 2018.  These games are held at Sarasota fair grounds in Sarasota, Florida.   Sunshine and windy was the weather of the day.   There were twenty one clan tents participating and Clan Wallace was among them.  Russ and Marcia Harper hosted the Clan Wallace tent.

Thanks to all that came out and enjoyed the day with us. 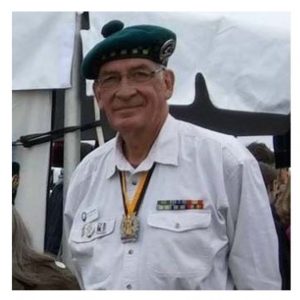 The Clan Wallace Society (CWS) has lost another good friend.

William Roy Bierwirth II (Bill) passed away in Richmond, Virginia on January 15th.  Bill was a CWS Council member for over 35 years and attended and convened many Scottish Games and Festivals in the Virginia area, where many members got to meet this likable man. Bill was active in several other organizations including the Scottish American Military Society; Saint Andrews Society of Richmond where he was Vice President; and the SAS’s in Knoxville and Williamsburg. He helped organize and was a past President of the Williamsburg Highland Games. 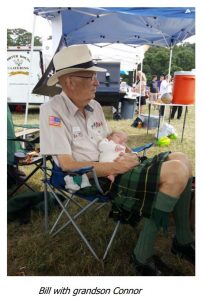 Bill was a graduate of East Michigan University and a member of the Army ROTC. He served during the Cold War as an Armor officer commanding a M-60 tank unit in West Germany. He was honorably discharged from the Army with the rank of Captain. The discipline and leadership skills honed during his military service were applied when he took on the challenge of teaching fourth graders at Richmond Preparatory Academy, his last and most enjoyable teaching position.
Bill is survived by his daughter Erin; son SSG. Sean J. Bierwirth (stationed in Germany); father William Roy Bierwirth I; brothers, Roy and Bruce; former wife and friend Christine; and four grandchildren, four nieces and seven nephews; and special friend, Kathleen Dart.

Bill was a loving father, grandfather, son, brother and a good friend. He will be dearly missed by his family, and his Clan Wallace Society family.

I need your clan game dates so I can get the website updated.  Get them in as soon as possible!