The Smokey Mountain Highland Games (TN) was held on May 20-21, 2017.  These games are held at the campus of Maryville College in Maryville, Tennessee.   Sunny skies and 95 degree weather for Saturday and light rain all day on Sunday. Forty two clan tents participating and Clan Wallace was among them.  Russ and Marcia Harper along with Aaron Harper hosted the Clan Wallace tent.

Thanks to all that came out and enjoyed the weekend with us.

The Bethabara Highland Games (NC) was held on May 13, 2017.  Overcast skies and 75 degree was the weather of the day.   There were nineteen clan tents participating and Clan Wallace was among them.  Russ and Marcia Harper hosted the Clan Wallace tent. 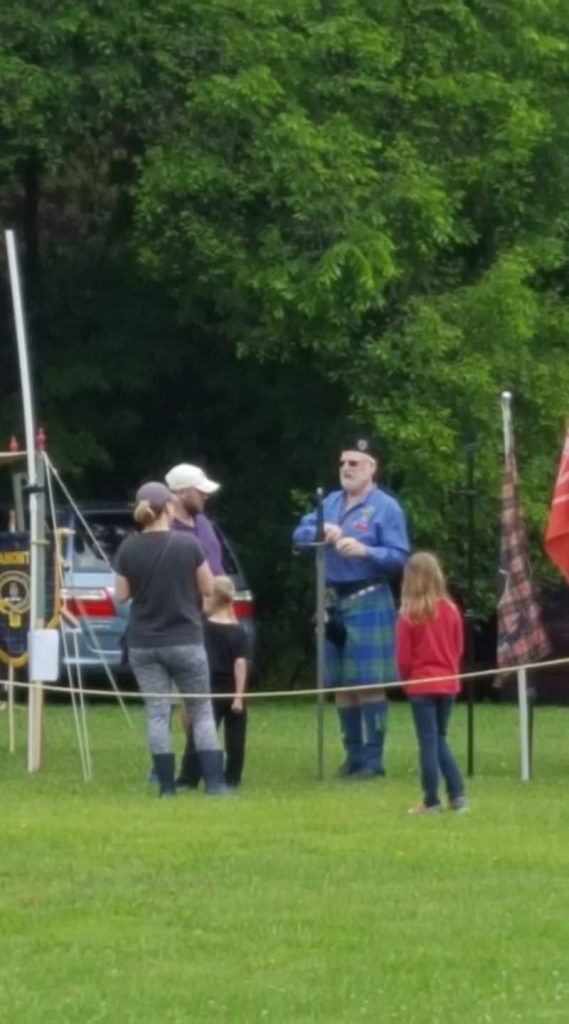 These games are held at Historic Bethabara Park in Winston-Salem, North Carolina.  The Highland Games at Historic Bethabara Park are held to pay respect to the heritage of the early Scots and Scots-Irish pioneers who helped and guided the Moravians in their settlement of the Wachovia tract.  This game is free and open for the enjoyment of the public.  Russ and I marched in the parade of Tartan.

Russ even made it into our local paper “Journalnow” for sharing the Wallace sword and history of our clan.

Thanks to Megan Fischer, council member and Granddaughter for all the help she gave us in the tent.   Thanks to all that came out and enjoyed the day with us.